Annabelle, a beautiful con artist, is planning the heist of the century.

Annabelle, a beautiful con artist, is planning the heist of the century.

Jonathan DeHaven, a shy division head at the Library of Congress, is planning nothing more than a peaceful day amongst his cherished collection. But something fatal is waiting for him in the vaults…

After Jonathan’s body is discovered, the members of the Camel Club are determined to investigate this inexplicable death. And it soon becomes clear that there was much more to the librarian than a mild manner and a love of books.

While Annabelle flees from the terrifying consequences of her scam, the Camel Club finds itself confronting powerfull enemies who will stop at nothing to protect a secret conspiracy – and the code that conceals it – from being revealed… 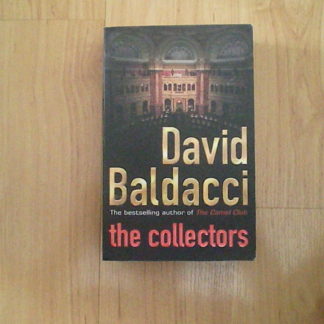